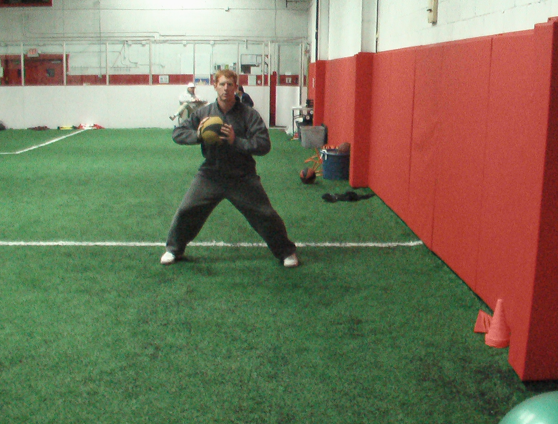 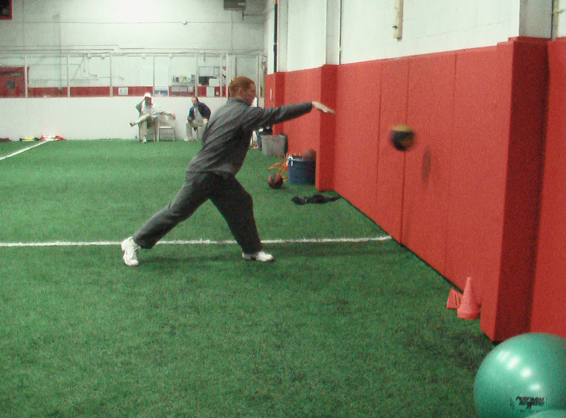 The athlete will face sideways to the wall in an athletic stance with the ball at chest height and elbows out (stand roughly 10-12 feet away depending on the bounce of the ball).

The athlete will back away from the wall roughly 6-8 feet further. The exercise will be performed the same as the standing side throw but the emphasis changes to lateral speed.

This is the stationary version of the Side Medicine Ball Throw. The forward shuffle throw and backward shuffle throw would still get the athlete back to this position. The backward throw is crucial for teaching deceleration angles. If the plant is poorly performed, then the throw will show it. This is a great feedback drill. 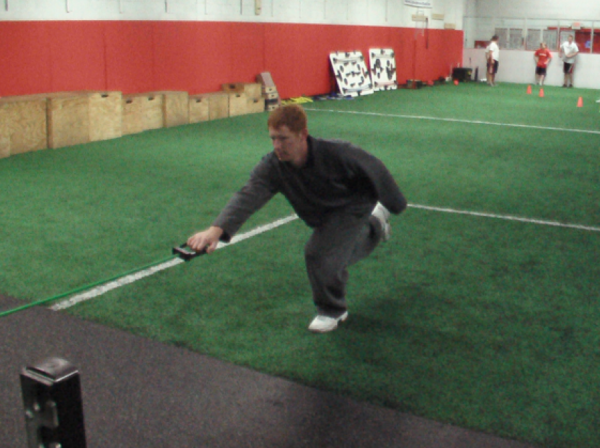 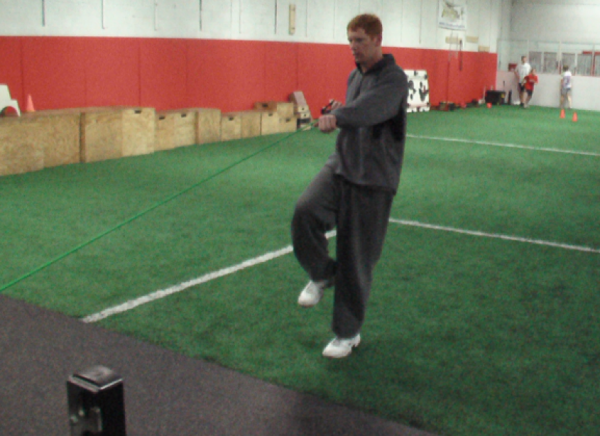 This is one of the great speed exercises. It focuses on and helps to improve both deceleration, which is what most quick athletes do better than other athletes in athletic speed, and acceleration

Perform 2-4 sets of 5-8 reps per side. Go down slow into the squat/bend and be explosive coming up.

In this picture the athlete is ready to react and shuffle or crossover in the direction the coach points. This is a real live setting for athletes to develop their skill and for coaches to use great feedback.

Perform 2-3 sets of 3-5 reps. The athlete will react to the cone and get back as quick as possible for one rep. Because the goal is speed, I will allow decent rest so the athlete isn’t completely pooped out.

I like resisted power skips for speed because it increases force production and extension of the hips.

Perform 3-6 reps for 20 meters. This is enough distance to get enough quality push offs, yet not too far to become overly fatigued and change mechanics. 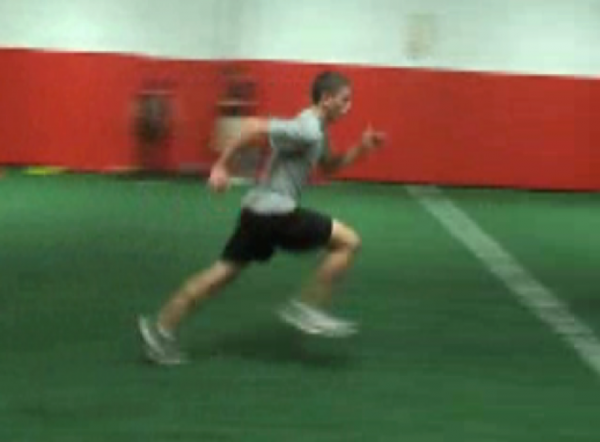 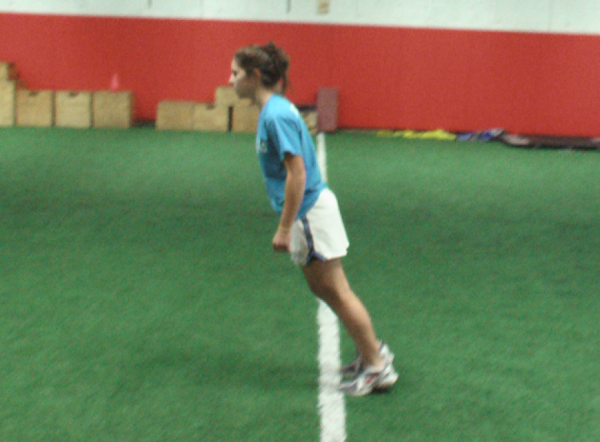 To increase the mechanics and efficiency of accelerating from various starts you must practice them.

I like doing 2-3 different stances and 3-4 reps of each. Plenty of time is available to teach the form well.

Teaching cutting is a great way to improve the efficiency of the athlete in athletic speed. Most court and field sport require so much in regard to change of direction it is important to address it. 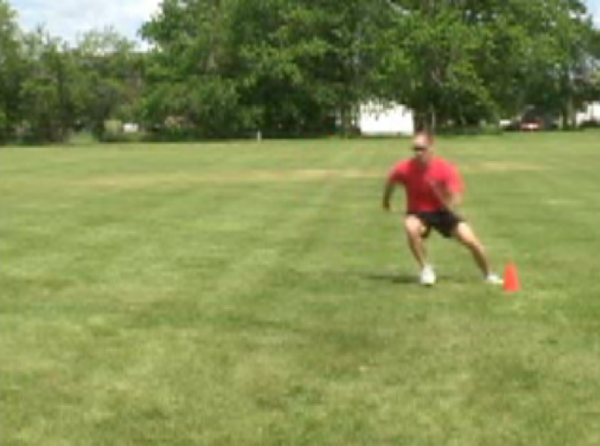 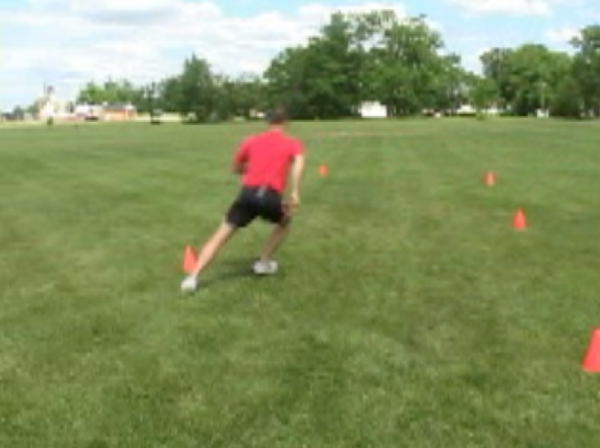 I like to have athletes perform 3-6 reps of 2-3 different variations of cutting:

When implemented into a comprehensive speed training program, these exercises will improve athletic speed.

This site is intended for coaches, parents and professionals who are looking for information on the most important topic for the modern athlete: speed. We believe speed training is a key element in the successful athlete's training regimen.